Back to News & Events

Schools’ Buying Club has triumphed at the seventh annual EducationInvestor Awards, picking up the ‘School Procurement Service of the Year’ award.

At a glittering ceremony at the Lancaster London on 16 November, the team were recognised for its support with schools and MATs to make savings by using effective and efficient procurement practice.

650 guests from 300 companies attended this year’s event, which was presented by BBC Newsnight’s Kirsty Wark.

Schools’ Buying Club is very passionate about saving schools money and ensuring through more effective procurement practice that better deals are put in place and contract managed, so that more money is available to spend in the classroom.

If you would like to discuss your school’s or MAT’s procurement requirements please contact Claire Delaney on 0845 257 7050 or at claire.delaney@schoolsbuyingclub.com 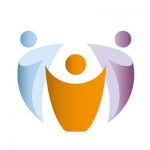 We are passionate about education, sustainability, social value & creating life changing opportunities for young people. Whether you’re a school, academy or MAT, we’ll work with you to devise & implement solutions to support your needs. Find out more today hubs.li/H0QhcRq0 https://t.co/IQyDCXkfRR

Generate significant efficiencies through integrated MFD and Print Solutions. Our procurement experts will support you throughout the process, working with you to create a bespoke specification right through to service mobilisation and contract management. hubs.ly/H0Qyl4G0

We have several procurement templates to help you manage service contracts, plan upcoming tenders & capture specific requirements. If you need help completing the templates, you can book a free Procurement Clinic session through our Helpline. Find out more hubs.li/H0Qtn_c0